The Inmate Within: Prison Ministry a Haven of Hope

Witness the life changing effects of the Gospel message on incarcerated men and women and experience what it’s like to be involved in prison ministry through the author’s eyes. Pete Einstein’s compelling journey inside penitentiary walls reminds us that spiritual principles apply to all lives. We are all in prison in some way, even if we are not behind bars in a penal institution. A powerful book, a must-read. 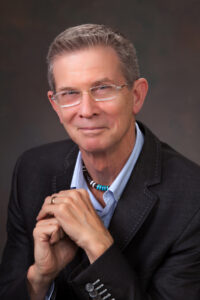 From his earliest recollection, Pete Einstein has marched to the beat of a different drummer. A self-taught singer, drummer, and percussionist, he created a unique rhythm track that flowed throughout his life. Growing up in Carlisle, Pennsylvania, Pete cut his musical teeth on jazz, pop, and rhythm-and-blues. Beginning at age twelve, Pete’s soul groups enjoyed success based on their musicality and tight vocal harmonies. During his mid-teens, one of Pete’s groups served as a backup band for many of the Motown acts that performed in the region. His travels in the 1960s and ‘70s spanned the nation, from Miami to Boston to Tucson and Los Angeles. During that musical journey, in search of “spiritual enlightenment,” Pete got caught up in the snare of New Age occultism.

Returning to Carlisle in 1978, Pete pursued a career in advertising and marketing. He met and married, Fran in 1979; they dedicated their lives to Jesus Christ in 1981. After a ten-year period of spiritual growth and seasoning, Pete began to write a new type of “soul music,” under the banner of SonPower Ministries. In 1997, he recorded his first CD of original music entitled Work To Do, which included two Billboard International Songwriters’ award-winning songs. In 2005, Pete released Jubilation Journey, a music CD which explores the joy and struggles of the contemporary Christian experience. To help promote his music and the message it conveys, Pete graced the stage with nationally-recognized gospel artists at numerous Christian music festivals and special events.

Today, Pete and Fran travel as “stateside missionaries,” ministering in churches and at conferences and retreats. They find their greatest joy, however, in presenting the Gospel to incarcerated men and women throughout the county, state and federal prison systems. As part of SonPower Ministries’ Inmate Initiative, Pete facilitates a weekly discipleship class at a local county prison facility.

The Inmate Within: Prison Ministry, a Haven of Hope, based on more than twenty years of prison experiences, is his first book.